On 20 February 2020, the meanwhile 18th inspection in accordance with the EU Timber Regulation (EUTR) took place in one of HS Timber Group’s mills. The result of this control, which took place in the Comanesti block board factory – like all previous controls – positive for the company.

In the course of these EUTR inspections, the authorities verify whether companies are doing everything possible to prevent the sale of unlawfully harvested timber. From the point of view of EUTR provisions, operators are defined in the regulation as those who first introduce timber or wooden products on the EU market. They must implement a risk management system or due diligence system. From the point of view of EUTR, HS Timber Group companies are considered to be an operator with regard to a volume of about 10% of the purchased wood. Traders are defined in EUTR as those who sell or buy timber or wooden products that are already placed on the EU market. They should keep records of suppliers and customers to facilitate the traceability of timber products, if necessary.

For HS Timber Group this positive result is further confirmation of the effectiveness of the action plan for a sustainable and secure supply chain, which the company implemented in early 2017. Its measures, including the wood tracking system Timflow, in the case of sawmills, go far beyond the Romanian legal requirements and are unique in the European wood processing industry.

The Timflow system was first implemented by HS Timber Group sawmills in 2017 and it is mandatory for all suppliers / carriers. The GPS device mounted on each means of transport records the route traveled, the deviations from the route, but also the stops. The system can also identify the wood from national parks and other sensitive forest areas. In addition, anyone can register on the public platform and check the photos, documents and routes, from the loading point to the destination, of all trucks that carry logs to the company's sawmills. 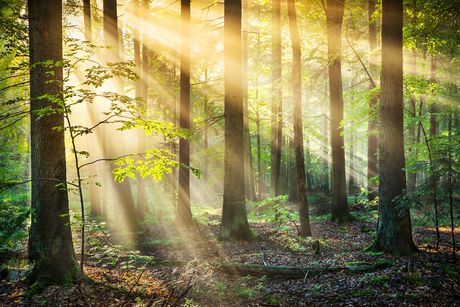