At the end of March 2018, Holzindustrie Schweighofer’s saw mill in Sebes/Romania was again inspected in accordance with the EU Timber Regulation (EUTR). In the course of these checks, the authorities verify whether companies are doing everything possible to prevent the sale of unlawfully harvested timber. The aim is to ensure that only legally harvested timber is placed on the European Single Market. The result of this 9th inspection of the Schweighofer plants in Romania was – like all others before – positive for the company and without any objections.

It is the explicit goal of Holzindustrie Schweighofer to support the authorities in their fight against illegal logging. The company therefore considers the positive result of the latest EUTR inspection as further proof of the effectiveness of its "Action Plan for a Sustainable Timber Industry in Romania". This action plan was implemented in January 2017 and by far surpasses all Romanian laws and regulations.

Michael Proschek-Hauptmann, responsible for Compliance and Sustainability at Holzindustrie Schweighofer: “As a responsible company, we place great importance on maintaining a mutual dialogue with the public as well as with environmental protection organisations. Indeed, this dialogue is an integral part of our action plan in Romania. Our security system, which has now again been acknowledged by the current EUTR inspection, has also been improved thanks to the input of these groups". 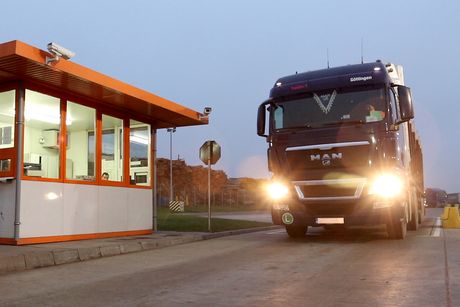