1. THE ORGANIZER AND THE OFFICIAL RULES

The organizer is in no way affiliated with Facebook.

The regulation will be made public online, according to the regulation imposed by Facebook and the legislation in force and is valid free of charge to anyone. The Organizer reserves the right to change these Rules and assumes responsibility for any violation of Facebook's rules or applicable law.

Participants are aware that this contest, independently of its organization on Facebook, is not initiated, organized, supervised, sponsored, managed, associated or promoted by Facebook, and the brands promoted, or products awarded as prizes in the contest are not funded by Facebook.

The campaign is addressed only to those who correctly answer the questions on the www.facebook.com/HSTimberGroup page and who meet the age requirement over 18 years. The campaign is open to all citizens, individuals, who have a Facebook account.

Participation in the contest involves knowing and accepting all the rules of the contest organized by HS Timber Productions S.R.L., as well as accepting Facebook regulations. The contest rules are available on the www.timflow.com page and will be posted alongside each contest post.

Any person who meets the conditions set out in point 2 may participate in the competition.

Participants must also complete and follow the following steps:

A participant can register each day of the competition only once and can have a total of 5 chances at the prize. HS Timber Productions S.R.L. reserves the right to disqualify any person who does not comply with this Regulation. Multiple participations are not accepted on the same day of competition by using fraudulent methods (fake names, fake accounts, etc.). The Organizer reserves the right to remove a participant from the Contest, if they have signed up using false data, or attempt to influence the Contest in fraudulent ways.

The winner of the 5 Years of Timflow & HS campaign will be awarded with the following award: a wooden puzzle in the form of a truck worth 359 lei. It is not accepted to substitute prizes by amounts of money or other prizes (except in a fortuitous case). The prize is not transferable. Any extra costs involved in winning this prize are at the discretion of the winner.  The prize will be delivered to the winner by HS Timber Productions S.R.L., and the awarding is based on the participation of the individual and on the basis of the Facebook profile. (Data to be used for this purpose). The winner will be announced on the organizer's official page, along with the way in which they were chosen (random.org).

7. THE CHANCE TO WIN

By participating, the participants accept that HS Timber Productions S.R.L. may process their personal data (images, names, etc.). Personal data may be used for the purpose of organizing and conducting the contest, for advertising and for announcing and validating the winners and awarding prizes, without the need for another form of confirmation of consent to these data.  The Organizer will comply with the provisions of Law no. 506/2004 on the processing of personal data and the protection of privacy in the electronic communications sector and Regulation No 506/2004. 679 of 27 April 2016 on the protection of individuals with regard to the processing of personal data and on the free movement of such data (GDPR). The personal data of the Participants declared winners will be stored for 30 days from the end of the Contest. At the end of the storage period of the personal data, these data will be deleted / destroyed from the means of processing and storage.

The organizer reserves the right to modify or cancel the campaign / contest, if data about the participation fraud is known and if the administration of the contest is endangered, as well as its security and fairness. In this case, the winner will be chosen from the validated participants before this cause (or after, when possible).  The organizer reserves the right to disqualify any participant who attempts to defraud, or defrauds the contest.

By participating you agree to release HS Timber Productions, its subsidiaries, partners, representatives, employees, successors and directors from all liability for future illness, injury, death, litigation and damage, whether caused by negligence or not, by:

(ii) Technical failures of any kind, but not limited to failures related to computer, cables, network, software or other mechanical equipment;

(iii) The unavailability or inaccessibility of any transmission, telephone or internet service;

(iv) Unauthorized human intervention in any part of the application process;

(v) Any electronic or human error in the administration of the contest and in the processing of participations.

The inability of the winner to take possession of any prize in this Contest relieves the Organizer of any liability.

This contest is under Facebook's strict rules, as well as under the legislation in force in Romania. As a condition of participation, the participant agrees that any dispute that cannot be resolved between the parties and any case that cannot be resolved and arises from this contest, to be resolved individually, exclusively before a competent court, located in Romania, Bucharest. In addition, in any such dispute, the participant loses their right to be awarded and implicitly waives their rights in the damages incurred.

12. END OF THE COMPETITION

The contest will cease before the deadline, in case of occurrence of an event that constitutes force majeure, regardless of the will of the organizer.

*By participating in the competition, participants accept and comply with these rules. 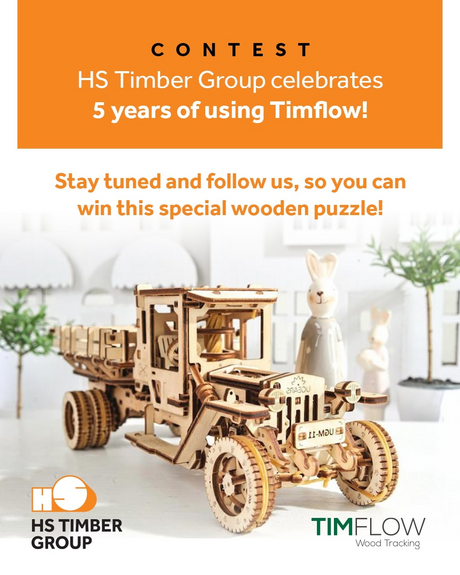