“Hey, I am just on my way to work, I am shift leader in the planing hall at HS Timber Production Reci.”

“Pla-what? What does planing mean and, basically, what exactly do you do for a living?”
This dialogue is, of course, imaginary, but it may be possible. Every day we wake up in the morning, we have breakfast and prepare to go to our respective jobs. There’s 3,000 of us working in all mills of HS Timber Group in Romania. Whether we work in an office or we operate a crane, how many of us know exactly what each of us is doing?

Let’s find out the story of Csaba in Reci…

What does the daily schedule of a blue collar look like? Well, it may look ordinary, just as anyone else’s. It starts with waking up at 5am and with having a coffee. This is followed by a walk to the bus stop and waiting for the bus. You have to get to work by 6, 6.30 am and you have to clock in.

At this point in time, depending on your position and job description, things take a turn. Csaba now works at the Reci sawmill and says that when he joined the company he had no idea about the wood industry, moreover, he wasn’t even speaking Romanian!

He has switched departments since 2015. At first, he was a sorter in the cutting hall, then he worked in the timber yard, but now he is shift leader in the planing hall.

Thinking back, he feels the hardest job he had was as a sorter, which he performed for about six months. A shift lasted for 12 hours and his tasks were repetitive. “I had a pencil with which I was supposed to mark the wood and, based on that, it ended up in one quality class or another, I used to look at a plank for hours straight up.”

He “stole” the job from a colleague who had been working for some time in that department, and he tells us that as a sorter, one needs both experience and rigorousness, as any mistake can cost dearly.

The most interesting job, on the other hand, was the one in the timber yard.

Here, despite working by himself and being forced to solve any potential obstacle, he learned the most – from assortments and the length of each product, to the slightest specifications of wood. Assuming responsibility was a big task in this department as well, as he had to pay extra attention to what products he was loading into a container or a truck. Nevertheless, this is the department where he found it most interesting to work.

He had never dreamed of becoming shift leader in the planing hall, and he was happy the sawmill had offered him a safe and stable job close to home. In this department, the day starts with a discussion with the leader of the previous shift. This is how he finds out what needs to be done, they decide together what steps need to be followed up, then he assigns tasks to the other workers and makes sure everything goes according to plan. He says this is a big responsibility, as any error which might happen is under his name. He loves the most the fact that there is diversity and that no day looks like the other. He believes the biggest obstacle in this department is that he has to work with people. “The machines do their work, but when you have to work with people it gets harder, because you have to explain to them how it’s done.”

Perfection in timber involves a lot of work, seriousness, perseverance, adaptability as well as taking on responsibilities. Teamwork, individual work or work that involves coordination of a team, they all add up to the well-functioning of a sawmill. However, the passion for a job well done is key to success: “I cannot say that there’s something, anything, that I don’t like, there are days which pass faster and days that seem to never end, if you love what you do, it all seems easy.” 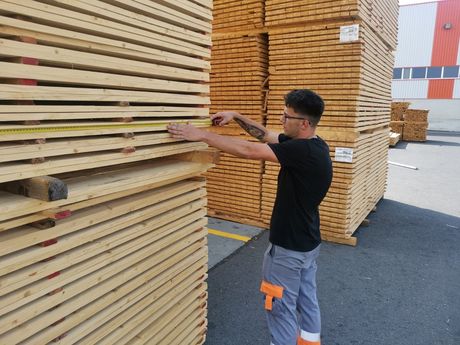 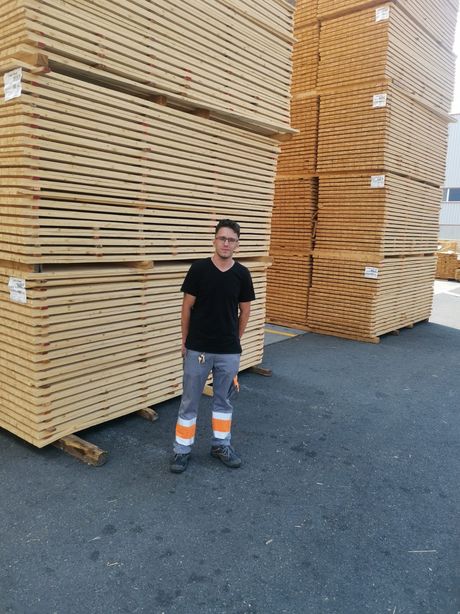