What were the challenges with logyard deliveries and how did you manage to solve them?

In the last four years we have faced the challenge of confirming all sources of wood delivered to the HS Timber Group (HSTG) factories in a simple and well-documented way. Extensive efforts have been put into ensuring a strong and secure supply chain. Part of our Action Plan was the implementation of Timflow GPS tracking system four years ago. With full GPS tracking of the delivery route, pictures from the loading point and at the mill gates, direct deliveries are easy to track and trace by our Supply Chain and Control team.

For logyard deliveries, we needed to go some extra miles: we were confirming all these sources through physical visits of each logyard, where we checked the input and output for that logyard. In order to further fundament the information collected from the logyards, we were also checking plots related to the APVs identified in the logyards based on an extensive audit programme. This way we were able to effectively mitigate risks of illicit wood input into our supply chain.

Recently, we get some additional tools at hand that really function as a gamechanger. With the initiated extension of Timflow to suppliers logyards in spring 2020, we started to achieve accurate traceability by monitoring also the logyards of suppliers that implemented this tool. This was already a major step forward. Now, with the reform of the state SUMAL system (SUMAL 2.0) introduced beginning of the year, all wood deliveries are covered in detail. With this reform Romania’s wood supply chains are completely transparent and publicly accessible.

How does SUMAL 2.0 help in identification of the wood sources that enter the logyards and supply logs to the HS Timber Group factories?

With the implementation of SUMAL 2.0 in February 2021, we have an additional and simple method to ensure the traceability of all wooden material. SUMAL 2.0 is mandatory for all wood deliveries in Romania, also to and from logyards. The additional features of the SUMAL 2.0 version include photo documentation of the transport and route tracking. These security features were the crucial elements of our TIMFLOW system. With this mandatory state system for all wood deliveries in Romania, we can correlate the photos of the transports with the documented volume and with the loading place, which can in turn be identified and verified in SUMAL 2.0, regardless the form of ownership.

Using inspectorulpadurii.ro, the application that provides the public with information from SUMAL 2.0 regarding harvesting operations and transport of wooden materials, we can now make use of all this information by entering several identification elements of a transport, such as the waybill number, or the APV from which the transport was loaded.

Another improvement of SUMAL 2.0 is the possibility to visually evaluate the volume available in the logyard, with the volume from SUMAL 2.0 that is currently available in real time on species and assortments.

More specifically, how did SUMAL 2.0 help you in complying with the policy of Zero Wood from National Parks?

To give you an example, with the support of the photos in the database, we identified a transport that was bringing wood from the buffer zone of a national park. The transport was investigated and rejected. That logyard was suspended from the list of HSTG suppliers until the material was documented sold to other wood processors or traders.

In addition, before the implementation of SUMAL 2.0 we made considerable efforts to manually collect all this information, if it was public, or the administrators of those areas wanted to provide us with that data. But now, we can identify at any time all the APVs of the national parks in Romania, so that, in the event of a suspicion of a transport from such areas, the transport will be refused immediately.

What are the next steps in strengthening the security architecture of HS Timber Group?

Given the time limitations for the information published on inspectorulpadurii.ro, our dedicated Supply Chain Control team at HS Timber Group makes every possible effort to ensure that all information on traceability through the logyards is collected in a timely manner. In this regard, we collect all the information that is relevant to get a complete view on all tiers in the supply chain, namely APVs from national parks, forest transports in logyards. We are looking into further opportunities to interconnect the data with our internal systems. And of course, we are scaling up our efforts in controlling the supply chains also in other countries from which HS purchases timber.

- Information about the entities involved in the process

- Photos of the load from different angles

- The GPS route, from the loading place to the destination

HS Timber Group used these security features already since 2017 for its Timflow system. Now these features are obligatory to all timber transports in Romania. 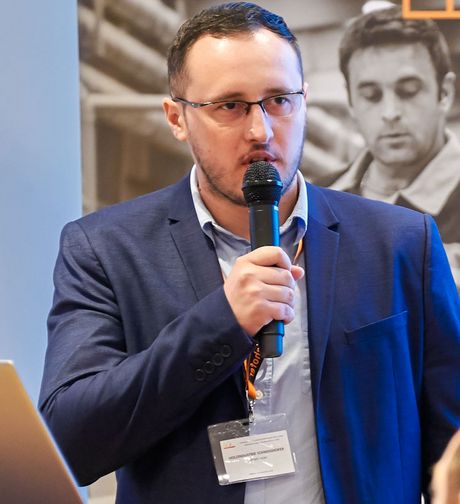 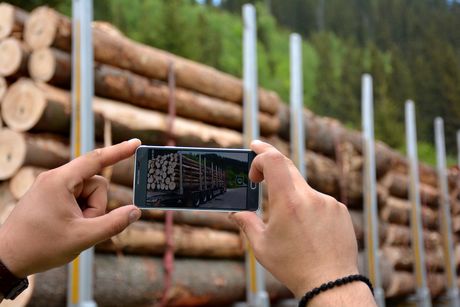 Part of our Action Plan was the implementation of Timflow GPS tracking system four years ago. 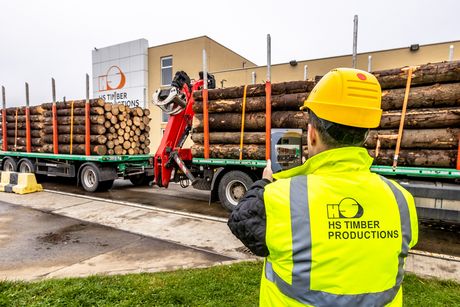 With Timflow system we compare the images of the truck at the ploading place with those at the factory gates. 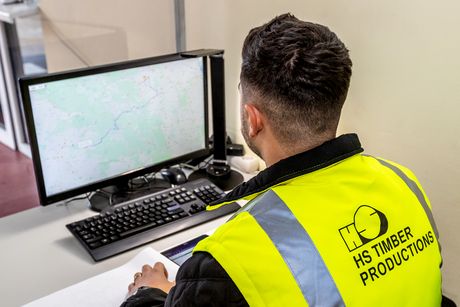 The additional features of the SUMAL 2.0 version include photo documentation of the transport and route tracking. These security features were the crucial elements of our TIMFLOW system.